The mental health crisis is defined by the family, noted Malia Boone, youth crisis services program manager for Mobile Response and Stabilization Services — especially when dealing with the emotional stress placed upon them now.

“I’m not sure that families know when it’s OK to call crisis,” she said in a livestream hosted by NAMI Delaware Wednesday. “There might have been a time where they called crisis and they were told their child didn’t meet the criteria, or something like that, for crisis intervention. But it’s so important for families to know that the way we view crisis service at this point is that the crisis is defined by the family.”

MRSS responds to the needs of children ages 17 and younger and their families when children are struggling emotionally or behaviorally and it can be difficult to de-escalate the situation.

The services will determine if there’s need for emergency services, assess risk and plan for safety, defuse crisis situations and connect families to resources. The service can help develop plans for children to stay in their homes and school, and also refer children to treatment based on risk and needs. MRSS services are the same statewide and they responds within the hour, though Ms. Boone said that Sussex County is larger, and it may take longer for response.

In May, in response to COVID-19, the Delaware Division of Substance Abuse and Mental Health launched a phone line dedicated to helping Delawareans cope with stress and and other needs by connecting them with resources.

Many of the calls MRSS is receiving now are a more serious situation, Ms. Boone said in a phone interview.

“People are calling at the point there’s nothing else they can do but figure out some way to call, and sometimes that connection is actually occurring from the police department or from the emergency room that they’ve gone to because of how serious the situation got,” she said.

Typically, MRSS receives many of its referrals from schools, initiated by guidance counselors or principals to establish a need, said Ms. Boone. In the summer, they always see requests lessen. But over the last couple of months, there was a significant decline when compared to the amount of calls last year.

“We’ve received maybe three calls from schools and it’s been teachers,” she said, noting that teachers aren’t typically the ones making referrals.

“Those people who typically have contact with students really aren’t having a lot of contact with students during the pandemic,” she said. “Their teachers are having some contact but usually are only identifying students who need support through things that they wrote to them, like assignments or maybe they wrote a note to their teacher and said they’re having a hard time, but they’re not seeing it right in front of them like they normally would.”

It’s important to get ahead of the potential distress young people are feeling for a variety of reasons, said Annie Slease, director of advocacy and education at NAMI.

“Our emotional, mental health is really critical and young people often don’t have the words to explain or to tease out what’s happening, and so we want to make sure that the adults in their lives have the information and the support they need to help young people,” Ms. Slease said.

She noted that she comes from a place of lived experience where she didn’t know a service like this existed. If she had, though, she might not have called, she said.

While NAMI was active in programming before the pandemic started to greatly alter life in mid-March, it had to quickly adapt to fit the needs the new landscape created, she said.

“We just really think it’s so important to reach families who might be struggling and maybe they’ve never had any connection to mental health services before because maybe there’s never been an issue before but we are in a pandemic now and that is just game changing for everyone,” Ms. Slease said.

Ms. Boone said that she hopes people will talk about how what’s going on around them is distressing.

“I’m not sure that, especially youth, feel comfortable saying, ‘This is something that bothers me, this is something that causes me anxiety, that causes me depression,’” she said. “My hope is that people will start to see it as something they can reach out for support about — ‘I struggle with this anxiety about if I go out into public, what’s going to happen? Am I going to die?’”
She added that there has been an increase in the adult system seeking support.

“If adults are needing more support there’s a good chance that youth also need additional support, and sometimes parents do start to question whether or not this is just typical teenage behavior or something to be concerned about. And if they’re questioning it, it doesn’t hurt to reach out and just talk it through with them on the crisis service,” she said.

If someone under the age of 18 is experiencing a mental health crisis, Youth Crisis can be reached at 1-800-969-HELP (4357). MRSS is available day and night, including weekends and holidays. 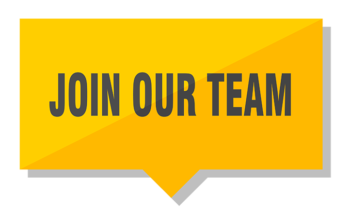 Submit your application and resumé using this form. If you have specific questions, or trouble using the form, please contact Human Resources at our headquarters in Wilmington.